The International Olympic Committee (IOC) has said that the events surrounding the re-election of Umar Kremlev as president of the embattled International Boxing Association (IBA) by acclamation over the weekend (May 14) reinforce existing concerns about the governance of the governing body.

Kremlev was the only candidate considered eligible to stand in the election after the Netherlands’ Boris van der Vorst – who had been attempting to challenge the Russian incumbent – was deemed ineligible by the Boxing Integrity Unit (BIU).

That decision was taken with van der Voorst standing accused of campaigning outside the electoral period and collaborating with other candidates.

The election, held at the IBA’s extraordinary general congress over the weekend, then took place without van der Voorst, meaning there was no vote and Kremlev was simply re-elected via acclamation. Various national federations were unhappy with this. 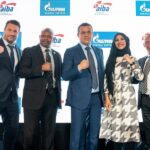 The IOC has now issued a statement to the media saying: "The events surrounding the IBA's General Assembly, particularly the elections, merit careful analysis and are just reinforcing the questions and doubts around IBA’s governance.”

The IBA (under its previous guide of AIBA) had its Olympic recognition stripped in 2019 for various governance-based and financial misdemeanors, and the IOC is currently evaluating whether to give the governing body control of its own sport back at the Paris 2024 games.

At the moment, boxing is not on the initial sports program for Los Angeles 2028.

Following the election, (prior to which there was opposition over its uncontested nature from the boxing federations of both the Netherlands and New Zealand) Kremlev will serve a full term until 2026, having first taken over as president on a short-term basis in December 2020.

Kremlev said in his acceptance speech: "We have to follow the rules, we shouldn't violate the rules and we must protect the most important assets we have – trainers, athletes, and national federations.”

The IOC’s latest expressions of concern follow on from the body sending a letter to Pâquerette Girard Zappelli, the IOC’s chief ethics and compliance officer, and Kit McConnell, sports director, earlier this month.

In that letter, the IOC had expressed “significant concerns” over a range of IBA governance issues.

In late March, meanwhile, it was reported that the IBA considered itself financially unable to completely cancel a commercial deal with Gazprom, the Russian energy giant.

Istvan Kovacs, the IBA’s secretary-general, issued a letter to its various national federations, saying essentially that, due to the federation’s still-perilous financial situation and the contract with Gazprom, a complete termination is not currently possible.

The contract is under scrutiny due to Russia’s ongoing invasion of Ukraine, at the start of which government sports ministers from 37 European countries issued a statement saying that “wherever possible appropriate actions must be taken to limit sponsorship and other financial support from entities with links to the Russian or Belarusian states.”

Also at the IBA Congress, a new board of directors was elected, with Volodymyr Prodyvus of Ukraine being selected as the new vice president.

Prodyvus said: “I have been involved in boxing since I was 16. It is an essential part of my life and I want to see my beloved sport reaching new heights. I fully recognize the responsibility this position entails and thank my new colleagues for their trust.”