Keith Pelley, the chief executive of golf’s DP World Tour, has hit back at the 16 players who have threatened to take legal action if their sanctions for competing in the LIV Golf breakaway circuit are not overturned.

In a letter, which Pelley claimed was leaked to the media, the players “implored” the DP World Tour to rescind the sanctions it placed on them, which included $100,000 fines, by 5pm (BST) today (1 July) as they consider them to be “unlawful”.

The players, which include the likes of Ian Poulter and Lee Westwood, have also been suspended from participating in upcoming tournaments including the Scottish Open and Barbasol Championship (July 7-10) and the Barracuda Championship (July 14-17).

The tour additionally announced that “participation in a further conflicting tournament or tournaments without the required release may incur further sanctions.” 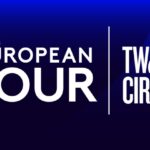 This drew a strong reaction from the players who stated that as they represent over 5% of the DP World Tour membership, they want a meeting of tour membership to be convened “to discuss these important matters further”

The golfers warned if the meeting does not take place “you will leave us with no choice but to employ the various other means and methods at our disposal to rectify these wrongs.”

Pelley has now fired back with a strongly-worded statement of his own, emphatically denying the players’ claims that they “deeply care” about the DP World Tour and pointed to how many times some have played in the Rolex Series in recent years.

The DP World Tour chief said the letter “contains so many inaccuracies that it cannot remain unchallenged”.

In the statement released today, Pelley said: “Before joining LIV Golf, players knew there would be consequences if they chose money over competition. Many of them at the time understood and accepted that.

“Indeed, as one player named in the letter said in a media interview earlier this year; ‘If they ban me, they ban me.’ It is not credible that some are now surprised with the actions we have taken.   “It would not be appropriate for me to comment on any potential legal matters.   “I will simply reiterate that our Members’ Regulations which have been in force for more than 30 years have been accepted by all the players, are there to protect all of our members, and we will use them to take all necessary steps to protect their interests.   “The sanctions for those members who knowingly broke our rules by playing at the Centurion Club without a release are proportionate, fair and, I believe, considered necessary by the majority of our members.”

The players also claimed the DP World Tour is now playing “second fiddle” to the PGA Tour after the two organizations strengthened their alliance this week amid the threat of the LIV Golf series.

Pelley dismissed this and stated, “nothing could be further from the truth”.

The war of words between the tour and its players is being played out amid LIV’s second Invitational Series event and first in the US in Oregon.

The PGA Tour has suspended players that have made the switch.

LIV Golf, which is backed by Saudi Arabia's Public Investment Fund, will reportedly reimburse players for fines they receive and also cover legal costs if they choose to challenge suspensions.

As well Poulter and Westwood, the likes of Sergio Garcia, Laurie Canter, Martin Kaymer, and Louis Oosthuizen are among the DP World Tour players that featured in the debut LIV event in London and are competing in Oregon.