Octavi Anoro, the newly appointed international director of LaLiga, spoke to Tariq Saleh about his new role within the top Spanish soccer league following his promotion and his work overseeing the LaLiga Global Network project to internationalize the competition over the past five years.

LaLiga recently celebrated the fifth anniversary of its internationalization project, which has led to significant global growth for the league.

The LaLiga Global Network (LLGN) program launched in 2017 and is now present in 41 countries in the form of 44 on-site delegates, with another 11 professionals working from the LaLiga headquarters in Madrid.

Similarly significant to the league’s internationalization project are its 11 international offices and two joint ventures in North America and China. 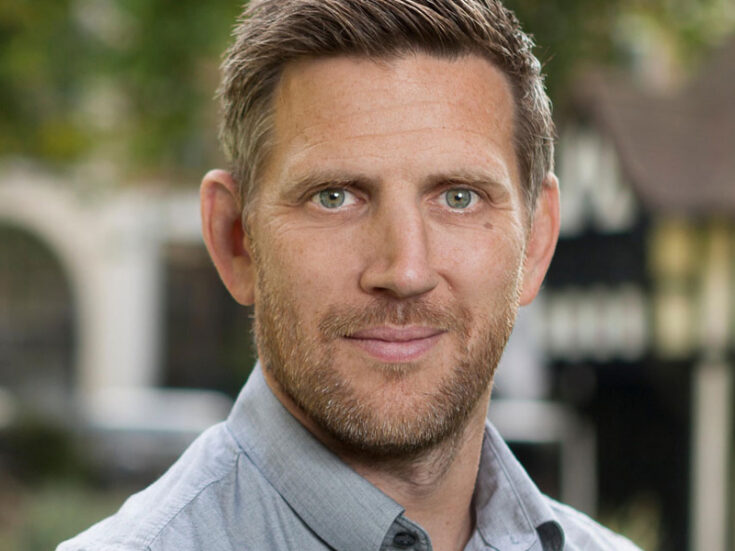 Genius commercial chief Davison on the convergence of data, betting, and media 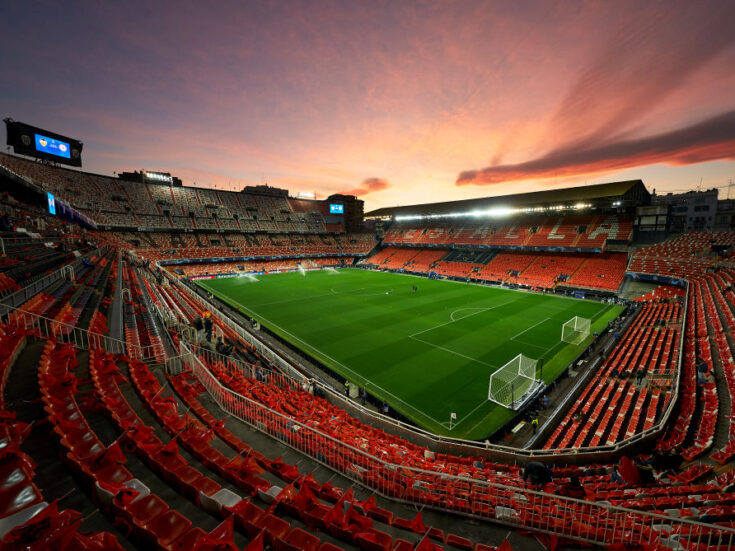 In the Boardroom with Valencia CF

LaLiga’s expansion strategy now covers 90 countries and has become one of the identifying traits of its growth.

A key figure in the competition’s internationalization has been Octavi Anoro.

Anoro previously served as head of the LLGN for two and a half years based in Madrid. He initially joined the league in 2017 as a LaLiga delegate in the Japan office for two years.

In his new role, he will be responsible for coordinating all 11 of LaLiga’s global offices and its continued international strategy. He will also continue to lead LLGN operations and delegates.

Anoro spoke with GlobalData Sport about his new role within LaLiga and his work with the LLGN.

How will your new role as international director be different from your previous position with the LLGN?

In addition to managing the team of 44 delegates along with a team of 10 people in Madrid (as of now), the most significant change with respect to my previous role will be to also take over the management and coordination of the international offices and subsidiaries.

In practice, this change should not be very radical as I was already coordinating some projects and part of the relationship with offices, but now I will have a more active role in the management of our international subsidiaries, pursuing a total integration between delegates and offices.

This integration will allow us to optimize structure and processes while working in a more coordinated way as a team, with shared resources and objectives.

You spent five years as part of the LLGN – what specific areas of growth were you able to oversee over that time?

Despite being a well-consolidated project, we cannot forget that we are a very young department. In five years, since our inception in 2017, the project has not stopped growing in every imaginable area: brand positioning, brand awareness, audience, digital followers, fans, commercial partners, media impacts, etc. Our strong commitment and hard work have allowed us to experience significant growth in all possible indicators.

In many markets we have managed to build a powerful brand, recognizable to the fan, positioning ourselves as a benchmark within the sports and entertainment industry. I like to summarize this rapid process in five major phases, one for each year of the project.

The first two years (2017-2018) were those of launch and consolidation respectively. First, we opened 37 delegations in one year to strengthen our presence in four more markets the following year. Now, perhaps we have already normalized it, but this was a very courageous commitment from our president (Javier Tebas), with a great business vision in the medium to long term.

With a presence in more than 40 countries, the next step (in 2019) was to order and put a strategy behind all the activities we had in the world. For this, we started monitoring all the details and working on business plans for each of the markets, with a quarterly follow-up.

After three years of operation and a very low turnover in the team in 2020, with the emergence of the pandemic, we felt it necessary to open a phase of ‘hyperactivity’, activating both in-person (where and when we could) and digitally. The Back to Win campaign to celebrate the return of our games (following the onset of the Covid-19 pandemic) was a great example of this.

Finally, this season (2021-22), we have approached it with a mentality switch. Maintaining all of the above, we wanted the entire team to see resource generation as another responsibility, pursuing self-sustainability in each of the territories where we have a presence. For the time being, we can already say that all our international subsidiaries are already showing positive numbers.

In which markets did you experience the biggest growth?

It has not been easy to achieve the tremendous growth we have achieved in such a short period of time, but the reality is that we can proudly boast that this growth has been widespread throughout the world thanks to a customized strategy for each market.

Proof of this is the new long-term audiovisual agreements reached in North America in recent months – in the USA (with the entry of ESPN) and in Mexico and Central America (with Sky), where the value of previous agreements has doubled.

In addition to North America, where we target the different profiles of ‘soccer’ fans in different ways, I like to highlight the growth experienced in Asia, a traditionally English Premier League territory, where we are gradually closing the gap with English soccer. In order to understand this growth, here, the key is the change of schedules made by LaLiga in 2016, when the start time of matches was adapted to the Asian market. Now, four of the ten windows in which LaLiga plays each week are already friendly to the Asian market.

Africa is also a region worth mentioning. Thanks to a customized strategy for the continent and new audiovisual agreements in the territory, we have experienced a growth of more than 1,000% in terms of audience if we compare the 2020-21 season with the 2015-16 season.

You spent more than two years as a delegate in Japan, how has this experience in an international market helped you?

Without a doubt, the almost three years I spent in Japan marked a before and after in my professional career. I still remember how I dedicated 24/7 to take advantage of that opportunity. That was my first international experience in the sports industry and it helped me learn while we were building a story and a bond between LaLiga and the country. I owe a lot to LaLiga in this sense, but also to Japan and to all the people I met there and who helped me, for the receptiveness with which they welcomed me.

Having been a delegate and having experienced the project from the field, later on, with the change of role, it allowed me to better understand their day-to-day routine, their challenges, and difficulties, but also their needs and the help that we have to provide them from Madrid. I understood both sides of the project.

At the destination it is key to understand the importance of building a good network of contacts, to understand that things happen outside the office, that no opportunity is worthless to grow your brand, and that it is non-negotiable to be proactive and hyperactive if we want to grow in each of the markets.

What is next for the LLGN, do you plan to open more global offices?

We want to continue to grow, but only time will tell if we open new offices or delegations around the world. We like to be ambitious, but I think that right now the challenge in the short term is to achieve total integration between our two structures, a team of delegates and regional offices.

This means working together for better use of resources, budget optimization, team organization, strategy, coordination with internal departments, unification of objectives, improvement in activation, etc. We have a solid and robust project that is in a stage of improvement, as we are on the way to excellence.

In all the offices we already have delegates and we work in a coordinated manner, but I believe there is still room to take better advantage of the synergies between both structures. Both internally and externally we must talk less and less about ‘Global Network Delegates’ and ‘Offices’ as two separate entities and only talk about the ‘LaLiga International Project’.

In less than 10 years, we have opened more than 40 locations around the globe and it would not be unreasonable to think of new openings. In an industry in the midst of transformation and in such a changing global environment, one of our obligations is to remain attentive to new market opportunities

How will you expand on LaLiga’s internationalization strategy over the next five years?

It is important that the clubs take this step forward in terms of internationalization and that we accompany them on this journey by putting all our resources, experience, and market intelligence at their disposal.

In the next five years, I do not envisage LaLiga’s growth without the growth of all the clubs at the international level, and this goes hand in hand with a process based on rethinking their structures, their way of organizing themselves, and positioning themselves in the world by thinking globally.

The potential is enormous. We have great clubs, excellent players, first-class cities and tourist destinations, history, culture, and gastronomy. Thus, we just have to rethink the value proposition of each of them and find the markets that best fit each of them.

Will you implement new strategies to grow LaLiga’s international revenue?

Yes, definitely. In fact, this is something we are already doing, as over the last two years we have been creating several products and services ready to offer to the market.

Two of the most obvious proofs of this are the launch of LaLiga Tech – technological products and solutions for the sports industry – and LaLiga Grassroots – a brand with which we want to grow soccer around the world through projects and initiatives with soccer education as the protagonist.

In addition to these two launches, and apart from sponsorships and licenses (where the first opening of our Sports bar LaLiga TwentyNine’s stands out) we also offer consulting services for leagues, federations, and clubs around the world that want to take advantage of all the expertise and know-how that LaLiga and its clubs have access to.

In this sense, it is worth mentioning the comprehensive advice we provided to Club Petro Luanda in Angola along with Villarreal or the advice on Financial Fair Play to the Dimayor league in Colombia.

Regardless of the revenue they may give us, we understand that these types of projects are the best way to grow in each of the markets where we are present. All of this, as always, is to contribute to the growth of the industry. If soccer grows, so will we, and that is good for everyone in the long term.