ESPN, the international sports broadcaster, has retained its rights in Latin America and the Caribbean to road cycling’s flagship Tour de France and other international cycling events after renewing its agreement with race promoter Amaury Sports Organization (ASO) for another five years.

The new agreement, which was announced yesterday (June 4) and runs from 2023 to 2027, will see ESPN continue to broadcast the men’s Tour de France and fellow ‘Grand Tour’ Vuelta a España, as well as Critérium du Dauphiné, Paris-Nice, and Paris-Roubaix.

As the deal covers exclusive pay-television and digital rights, ESPN will make full use of its multiple TV, internet, mobile, and over-the-top platforms to showcase the events. The broadcaster will also broadcast the last two hours of stages and full coverage of each race stage on streaming platform Star+ in Latin America and ESPN Play in the Caribbean. 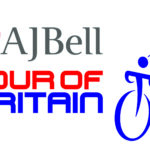 The deal builds on ESPN’s previous agreement with ASO which covered events between 2018 to 2022.

Michael Walter, ESPN’s vice president of programming, said: “It’s a pleasure to be able to continue offering the world’s most important cycling competitions headlined by the Tour de France, for our cycling fans across Latin America and the Caribbean.

“Also, we’re enormously proud to announce that the Tour de France Femmes avec Zwift and many other significant women’s events will be part of our regular cycling programming as of 2023.”

NBC Sports, the major US national network, has the broadcast rights in the US to the men’s and women’s Tour de France until 2023, with both events to be shown on the CNBC linear pay-television channel and the Peacock streaming platform.

US media giant Warner Bros. Discovery holds the rights to the men’s Tour de France in 38 countries across Europe, through a four-year deal agreed in 2017 that runs from 2020 to 2023. Last year, the broadcaster also secured the women’s event in more than 50 markets across Europe in a four-year deal running through 2025.

Eurovision Sport, the sports arm of the European Broadcasting Union, meanwhile, has French rights to the Tour de France and Vuelta a España until 2025.

Last week, FloSports, the US-based sports streaming subscription service, renewed its long-term deal with ASO for the Canadian rights to the men’s and women’s Tour de France, Paris-Roubaix, and La Vuelta until 2028.

Julien Goupil, ASO’s media and partnership director, said: “We are delighted to renew and strengthen our agreement in Latin America with ESPN for the broadcast of the Tour de France and many other events until 2027.

“Those events have seen a lot of success from Latin American participants in the recent years and plenty are yet to come on ESPN channels and platforms.”