BeIN Sports, the Qatar-based pay-television broadcaster, has extended and expanded its coverage of top Uefa European club soccer, including the prestigious Champions League, in Asia, striking exclusive agreements in seven countries for the 2021-22 to 2023-24 cycle.

BeIN has built on the sub-licensing deals it struck last season in Hong Kong, Malaysia, Brunei and Singapore, and has also secured rights in three entirely new markets – Thailand, Laos and Cambodia – for the next cycle, in deals struck with Team Marketing, the agency partner of Uefa. 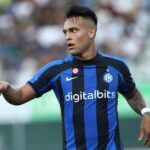 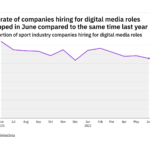 BeIN has been showing the Champions League and Europa League in Hong Kong, Malaysia, Brunei and Singapore since the start of last season under a sub-licensing deal with DAZN, the OTT sports broadcaster, which originally acquired the rights for the 2018-19 season onwards.

However, BeIN's latest deal is directly with Team and Uefa.

In addition, BeIN now has rights for the club competitions in Thailand, Cambodia and Laos for the first time. DAZN previously had rights in those markets too.

In the 2020-21 season, the Uefa.TV streaming platform provided live coverage in the three countries, with individual games also being shown live on Facebook and YouTube. Between 2018 and 2020, those markets were serviced by live coverage on goal.com, the website formerly owned by DAZN.

Uefa identified that part of the world as an ideal testing market for Uefa.TV's live streaming capabilities, with the time difference meaning matches went out in the early hours of the morning. It is not yet clear whether Uefa.TV will still offer Champions League and Europa League action in the region.

DAZN terminated its Uefa club competition deals in Asia as part of an overall refocusing of its priorities in the region brought about by the economic fallout from the coronavirus pandemic.

Welcoming the new deal, Mike Kerr, managing director of BeIN Asia-Pacific, said: “BeIN is delighted to renew our valued relationship with Uefa as their club competitions broadcast partner in Asia, complementing our existing rights portfolio of a wide range of premium sports.”

Team Marketing kicked off the sales process in the seven countries in late April, with a deadline for first round bids of 17 May.

Earlier this month, BeIN extended its long-running deal to show Champions League action in the Middle East and North Africa until 2024, in a deal reported to be worth around $600 million, a reduction of around 25 per cent on the previous three-year cycle.

It is understood that BeIN saw off a significant bid for that package, which also includes rights to the Women’s Champions League, from Saudi Arabia, funded by the country’s Public Investment Fund.

BeIN said today: “The new MENA and Asia deals further strengthen and extend the existing 12-year relationship between Uefa and BeIN.  The two partners will also continue their close partnership and alliance on anti-piracy measures in countries and regions all around the world.”

BeIN also has rights in MENA to Uefa national teams competitions, including the ongoing Euro 2020, Euro 2024, the Uefa Nations League and European qualifiers for the 2022 Fifa World Cup, while in France it holds rights to both Euro 2020 and the Champions League.

Media rights account for 85 per cent of Uefa revenue, and it is thought that European soccer's governing body generates more money from deals outside Europe than from the continent itself.