BeIN Media Group, the international pay-TV broadcaster, and the Alliance for Creativity and Entertainment (ACE), the coalition of entertainment companies aimed at protecting copyrighted material of which it is a part, have worked together to bring down four pirate websites in Egypt.

The sites – Goalarab.com, Yalla-Shoot-7sry.com, yalla-shoot.us, and yallashoot-news.com – are said to have been amongst the most popular illegal live sports streaming sites in the Arab-speaking region.

In May alone, they attracted 1.8 million users from Egypt and more than 4.8 million users globally between them. Since the start of the year, those figures are estimated at 9 million in Egypt and 24 million globally.

BeIN and ACE worked with a team of 60 Egyptian police officers supported by the Egyptian Ministry of Internal Affairs to bring about the shutting down of the four sites, which has also seen three individuals arrested and the domains, their assets, and their IT equipment seized. 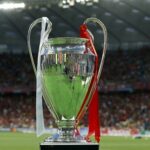 In addition, messages were placed on the domains, which are now controlled by ACE, directing viewers to platforms where they can “watch legally”.

BeIN joined ACE in April as part of its continued effort to fight piracy.

It has been battling against online piracy for several years and on several fronts.

In March last year, damages worth €7 million ($8.3 million) were awarded to BeIN, RMC Sport, and Canal Plus by a court in court in Rennes, France, following a set of successful convictions for digital piracy.

Elsewhere, BeIN faced years of IP theft from the Saudi pirate network beoutQ, which was widely viewed as having been harbored by the Saudi government until a recent piracy crackdown in the country to grease the wheels of the Saudi-backed takeover of English soccer’s Newcastle United.

Jan van Voorn, executive vice president and chief of Global Content Protection for the Motion Picture Association and head of ACE, said: “The successful action against these four illegal piracy operations highlights the real-world value of the new partnership between BeIN and ACE.

“Working together, we have the network, the resources, and the expertise needed to tackle the serious threat piracy poses to media companies all over the world and to protect the legal marketplace for content creators.”

A BeIN spokesperson added: “Broadcasting piracy threatens sport now and in the future; these sites take funding away from sports fans, players, and clubs of all levels and leagues. Actions like those undertaken by Egyptian law enforcement agencies are a huge victory.

“In concert with ACE, we collectively have the means to support takedowns of this nature throughout the region and will continue to do so to protect the leagues, fellow broadcasters, and the entire sporting ecosystem.”