That date last year saw the Oval Invincibles women’s team, from south London, take on the Manchester Originals, in the first match of the inaugural edition of The Hundred, the short-format competition launched by the England and Wales Cricket Board (ECB) amid much fanfare (and an equal amount of criticism) in the hope of finding a new, yet untapped, demographic of cricket fans.

Eight new city-based outfits – with both women’s and men’s teams, 16 sides overall – that sprung fully formed from the minds of the ECB hierarchy (and from the imaginations of countless marketing executives), began competing across exactly one month in the height of summer, with traditional domestic cricket shunted very much to the side in order to accommodate this new favorite child of the national governing body.

While the on-field changes were countless – only 100 balls per innings, which are not split into traditional six-ball ‘overs’; bowlers can go for up to 10 balls at a time; and failure to bowl the 100 deliveries in allocated time results in penalties for the fielding side – the new competition was accompanied by a myriad of off-field firsts, in terms of its format and structure, its relationship with the broadcasters, and also the sponsorship portfolio the ECB has assigned for it. 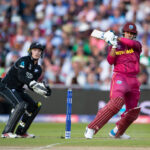 The latter sector is of particular interest to industry professionals, given the fact that the ECB is operating all eight teams from a central basis – it is striking the vast majority of commercial deals for them, with the governing body now having 12 different partners on board for the second edition, which started on August 3 in Southampton.

Teams are unable to sign any exclusive agreements outside deals negotiated by the tournament’s commercial agency, CSM Sport and Entertainment.

These include household brands such as soft drinks firm Robinsons and wellness brand Vitality, as well as more sports-specific names like New Era and kit partner New Balance (a full rundown of the commercial partners for the inaugural season is available in GlobalData Sport’s overall analysis of the initial edition here).

Cazoo, the online car marketplace, is serving as the principal partner in a deal estimated by GlobalData Sport (GDS) to be worth in the region of $2.75 million a year, while KP Snacks is putting a brand each on the shirts of the eight different city teams.

In the first of a series exploring the state of play in terms of The Hundred’s commercial imprint across the first season and as the teams kick off year two, with the first game taking place last night (August 3), GDS' Euan Cunningham has spoken exclusively to Rob Calder, the competition’s commercial director.

The topics covered include what effect the 12-month delay (it was meant to launch in 2020 but then suffered a year-long delay as the Covid-19 pandemic raged on) had on sponsors’ appetites, the effects of centralizing the rights, and what the competition needs to do better as its second season gets underway.

Perhaps the question most-asked regarding the sponsorship and commercial side of the tournament is this: could the ECB not have simply poured the effort into getting more sponsors and more household brands such as those mentioned above on board with the T20 Blast, the existing domestic short-form tournament?

Was a brand new competition entirely necessary to attract partners?

Calder, without dismissing the idea entirely, suggests The Hundred is trying to do something different from what the 18 first-class counties do when broaching partnerships.

He says: “We wanted to differentiate from the rest of the ECB’s portfolio. It would have been a mistake on our part if we’d simply brought over sponsors from one part of the portfolio [the T20 Blast] to our section.”

It should be noted that these comments were made before it was announced that Vitality, the title sponsor of the T20 Blast, would be adding further assets from The Hundred to its portfolio this season – it remains to be seen whether the life insurance firm will still be pouring the level of resources into the Blast that it has been up to this point.

GDS has estimated the total financial value of The Hundred’s commercial sponsorship deals to be worth the equivalent of just over $13 million annually, with Cazoo, Vitality, and Sure all contributing at least $2 million annually,

Three brands – Sage, Robinsons, and Xplora – are new as of this season, while Lego, a partner in 2021, kept its deal down to one year only.

Calder adds: “We wanted to make sure there was differentiation there, to help grow our family of partners across the whole of cricket. Centralizing The Hundred’s rights was important because we felt that it was important to offer our partners a chance to speak directly to all our new audiences.

“That’s a different model to the Blast, where – understandably – the county teams own, and are obviously keen to keep hold of – their commercial rights. That makes the blast a different proposition to take to partners and lends itself more to local brands activating at a local level.”

In terms of what the ECB and the organizers of the new competition were looking for in commercial partners, he says: "We wanted brands that had great resonance across the UK – hence landing partners like Robinsons and Unilever … these brands are bang on in terms of the audience we wanted to attract.”

When directly assessing the idea that the 18 first-class domestic counties – and the Blast – could have attracted these same partners if, given the same level of marketing assistance that the ECB has brought in for The Hundred, Calder is noncommittal.

He says: "That’s a question we get a lot … The Blast does a brilliant job across the country, across that rich quilt of counties, it gives us reach into all geographical areas but The Hundred is much more about going deep into cities and accessing audiences we just weren’t getting to through the existing model.”

And then, perhaps, the key point around the whole competition: “From an audience perspective, The Hundred was necessary to get to those next generations. This is just a different opportunity for brands than the county game – what we’re doing is proving there are different ways to reach different audiences.”

And in terms of the benefits from a commercial perspective of putting the teams in densely-packed urban areas: "Brands are always looking for scale audiences, so it makes sense that bigger ones will activate across larger populations.”

So how does Calder feel the first year went?

“The thing that really helped us actually was the extra year, because of the 2020 edition being canceled, that allowed us to continue to go to market. Not long after we delayed that 2020 edition [in April of that year], we landed Unilever and Cazoo as sponsors.

"What was great about that was we could go with all the audience research that was used to launch the concept in the first place, but we could also use hard sales numbers because although the first edition was delayed, we’d already gone on sale and seen some phenomenal ticket numbers in the six weeks we were on sale prior to the cancelation.

“In that sense, that competition did very much benefit – unintentionally – from the year’s delay.”

He adds because of the delay, by the time it finally began, “we had secured a large number of partners before a single ball was bowled … that gave us something in the way of a proof point – no matter what ideas you come up with until sponsors start backing you there’s nothing as hard evidence.

“If commercial partners aren’t coming to the table, people will start to ask questions.”

Part of the reason for the takeup was almost all partnerships struck were unique to their sector – the tournament does not have two car marketplaces as sponsors, for example, only Cazoo – the ECB has been able to give each partner exclusive rights in their respective categories.

This is widely acknowledged to be one of the advantages of controlling all rights centrally.

Calder says: “Fortunately for us, we had a wave of great brands coming on board early – Vitality, KP Snacks, [the first brand to partner up, in July 2019] and then Unilever and Cazoo … and it just began to snowball from that point.”

Calder adds that because The Hundred was originally put in place with the main focus of being appealing as a format to this fabled new audience, the commercial team was surprised by the speed of the commercial take-up.

He says: “We were initially building a competition from the point of view of attracting new audiences, but when we went to market it was brilliant – we were talking to marketing directors who were speaking the same language as us, with some real, thorough audience insight.

“For the brands, we’ve partnered with, we had a great fit with their own customer ambitions.”

A major part of what The Hundred can offer brands, meanwhile, is substantial levels of exposure on free-to-air national television, with 18 games in total this year being available on the linear channels of the BBC, the UK’s public-service broadcaster.

With the entirety of the tournament aired through pay-TV heavyweight Sky Sports, and then select matches on the UK institution that is the BBC, Calder says the mix creates an ideal balance for brands.

Calder says associating with the BBC has “been a big part of the brand conversation – obviously, they can’t offer the same commercial opportunities that brands see on Sky … however, what they can offer is the scale and ‘talkability’ that gets us reaching out to more people, by being on both broadcasters.”

In terms of the deal with Sky, meanwhile, that relationship is central to the entire premise of the competition.

The pay-TV network holds near-exclusive rights to all top-tier cricket played in England between 2020 and 2024 (the current rights cycle) and is responsible for a vast section of the income that percolates all through the professional (and even grassroots) game.

As such, perhaps understandably Calder is keen to sing their praises.

Calder says: “They were the first party to come on board and believe in us …they even went all in with the draft [the initial player allocation draft in October 2019] which was fantastic.”

With both the BBC and Sky, he adds that “one of the principles has been to align the broadcasting of the event and the digital side of things [with our work].

“We’re now tightly aligned, – we’re involved with the strategic planning of Sky’s activation, and the BBC ran a workshop which I attended and was part of the planning for their coverage.

“There’s a real focus on collaboration and integration.”

This collaboration is helped by the fact that the ECB has not only given brands the chance to secure rights to tournament assets – but also to coverage on Sky, rolling in these rights as well.

That means, for example, that during match coverage on the Sky Sports Main Event and Sky Sports Cricket channels, from a commercial point of view, we’ve gone to markets with our own rights, but at the same time, we’ve rolled in the sky rights as well.

Calder explains: “So this covers the break bumpers and the in-match analysis in some instances, but also the TV advertising itself – what we can offer partners is the opportunity to come in as a partner of the tournament, and get exclusivity across all of the Sky broadcasts, not just in the programming itself but also the [advertising] breaks.

“That’s been really powerful and has been seen as a great innovation.”

The commercial director concludes that “as a whole team, we’re really tight, and it’s important we understand each other’s areas to help this grow and blossom.”

In the second part of this series, Sportcal speaks to Kevin McNair, marketing director of KP Snacks, with that discussion encompassing how the ECB sold the competition to his company, and the material impact the relationship has so far had on the snack brand’s overall engagement.