Covid-19, coming two years on from the collapse of the MP & Silva agency, the fallout of which is still being digested by rights-owners and holders alike, has created the most challenging environment for the sports business industry.

German soccer has, perhaps, felt the impact of the two hits more than its peers as Bundesliga International arm, the league’s commercial worldwide sales unit headed up by Robert Klein, has spent much of the last 18 months in the market for its new rights cycle, which began with the 2020-21 campaign that kicked off on 18 September.

With Fox’s mammoth 80-territory, five-year deal with the Bundesliga having come to an end last season, the league adopted a more direct sales approach, which has to date yielded 48 broadcast contracts, up from around 20 in the previous cycle. 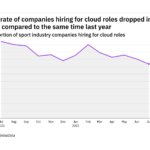 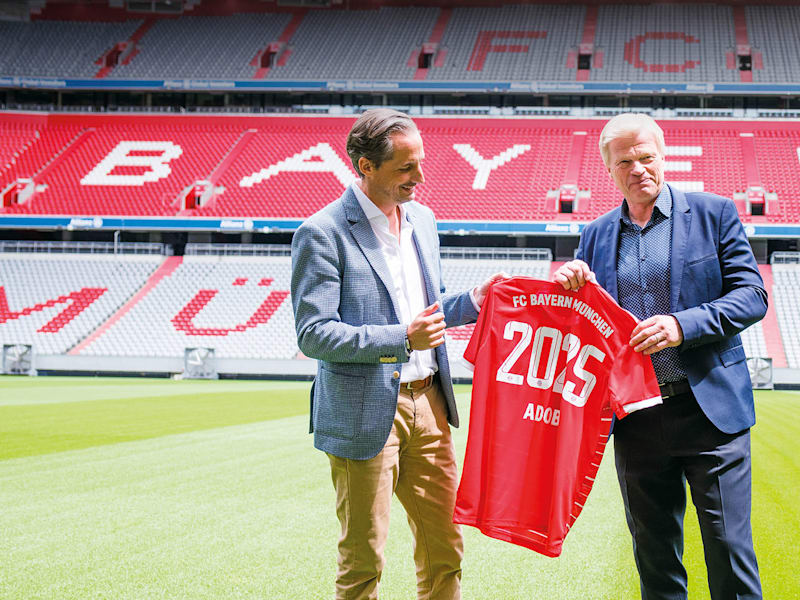 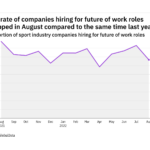 The half century will be brought up when an English-language, pay-television agreement is reached in sub-Saharan Africa and, more importantly, the broadcast picture is clarified in the Middle East and North Africa, where on the eve of the new season, pay-TV operator BeIN Sports announced it had not agreed terms with the Bundesliga over a renewal.

Talks are ongoing and are at various stages in both regions, but there was no coverage for matchday two last weekend and little sign of deals being in place for this weekend.

Tough negotiations are taking place across the industry at present.

“The current challenges we face as a result of the Covid-19 pandemic are some of the most difficult we have seen as an industry,” Klein tells The Boardroom. “Federations, leagues and clubs around the world are working to combat the economic impact of the virus.

“Managing the league’s international growth, we have to take a long-term view. Rights holders across the globe are already feeling the effect with numerous examples of media rights contracts being terminated, handed back or not renewed in recent months.”

Such high-profile examples include: England’s Premier League terminating its deal with PPTV in China; BeIN renegotiating the final season of its multi-territory Serie A deal; DAZN exiting Serie A and Copa Sudamericana rights contracts in Brazil and extending and renegotiating a domestic agreement with Japan’s J. League, which puts greater emphasis on profit sharing, with lower upfront fees; and Globo relinquishing Copa Libertadores rights in Brazil.

“Rights holders across the globe are already feeling the effect with numerous examples of media rights contracts being terminated, handed back or not renewed in recent months“

For many leagues and broadcasters, the coronavirus pandemic hit just as the impact of MP & Silva’s collapse was beginning to wane, influencing pricing in already soft markets.

Klein says the insolvency of MP & Silva, in late 2018, “had wide-reaching consequences for the entire sports rights industry with significant financial losses for rights holders and uncertainty/lack of broadcasts.”

MP & Silva held Bundesliga rights in 34 European countries between 2017-18 and 2020-21, but just a year into that contract Klein’s team faced a race against time to land new contracts, following the termination of its agreement with the agency, which later folded.

One deal has already been concluded in Europe for the cycle beginning 2021-22, with Nordic Entertainment Group, the regional media giant, while an announcement is expected this month on a deal on the continent with a broadcaster covering three territories that is strong “from both a partner and financial aspect,” Klein notes.

The sales process in Europe is expected to ramp up over the final few months of 2020, as Bundesliga International eyes a welcome boost to the revenues.

“The net result for us is that revenues have been impacted by Covid-19 and a changing media landscape,” Klein continues. “We have more direct contracts than ever before with partners who understand the fascination of the Bundesliga.

“Our European rights cycle has started very strongly. Aligned to our commercial partners’ businesses [Amazon Web Services and Mondelez International came on board this year], the Bundesliga International revenues will be growing again as of next season already.”

Such commercial partnerships are understood to be bring in around €50 million, with the expectation that will grow in future seasons.

For now, the focus of Bundesliga International is on MENA and sub-Saharan Africa English language rights (Canal Plus Afrique has French-language rights).

Negotiations with BeIN in MENA went to the wire, but financial terms could not be reached with the broadcaster insistent that rights in the region have been significantly devalued by the surge in piracy.

The Bundesliga has been at the forefront of combatting IP theft, being a signatory to various official documents calling for the Saudi Arabian government to shut down the beoutQ platform, which has been at the centre of the piracy debate.

The Bundesliga is now in “active discussions with interested parties” in MENA, but there is no quick fix with very few other pan-regional broadcasters that can offer a like-for-like replacement to BeIN’s 24-territory deal.

Klein explains: “It makes it more difficult for sure, but there are a couple of players who can offer pan-regional, and there is a general movement and interest from other players to come into this space because they want to create media companies and be present in the region. So, there are opportunities, but I think it will take a little bit longer.”

After matchday three this coming weekend, there will be a two-week international break which will offer some respite to get a deal done.

While the Bundesliga does have the option to go direct-to-consumer in MENA in some kind of streaming capacity, Klein notes that “because of the nature of where the discussions are, we are holding back on that,” suggesting the blackout will not be long-lasting.

One market where innovative broadcasting solutions have been found is Latin America.

Just this week Bundesliga International, with the help of the Sportfive agency, struck a deal with OneFootball, whereby all matches from the top two divisions are being streamed across the nine Spanish-speaking South American countries this season for free on the digital platform’s app.

That built on a three-year deal agreed earlier in September between the Bundesliga and OneFootball in Brazil, with commercial broadcaster Bandeirantes completing the offering in the country.

Elsewhere Claro Sports, the network owned by Mexican telecoms giant América Móvil, is offering one match live and on demand from each round of fixtures across 17 Latin American countries, excluding Brazil but including Mexico, where it is one of four broadcast partners along with pay-TV duo Fox and Sky and free-to-air commercial broadcaster TV Azteca.

Those contracts range from one to three years in length, emphasising the flexible approach needed in present rights negotiations.

Klein says: “Sales in this period have proved challenging. As an example, South America was already a difficult environment pre-Covid, with macro-economic challenges and a changing media landscape [the Disney acquisition of Fox, and the subsequent Fox sell-off in Brazil and Mexico].

“Latin America effectively came to a standstill in March as the continent went into lockdown to combat the pandemic. Despite this adverse situation we have found agreements with great partners and in some instances we have found really innovative deals, which will both deliver for our current fans and build the Bundesliga fan base.”

It is a model that, if it proves successful, could be rolled out in other markets.

“It is a great mix of digital, free-to-air and pay options which reflects both current and future consumption,” Klein adds. “We will be watching the audiences carefully across those combined channels, but also the marketing, programming and promotion around it.

“For example, TV Azteca has Liga MX games and the [kick-off] timings are quite similar. If Bundesliga is the lead in programming for these domestic matches, we would anticipate higher audiences.

“We hope that this strategy will deliver growth and engagement. If it proves successful, we might look to replicate it elsewhere, and take a similar approach with our free-to-air deals.”